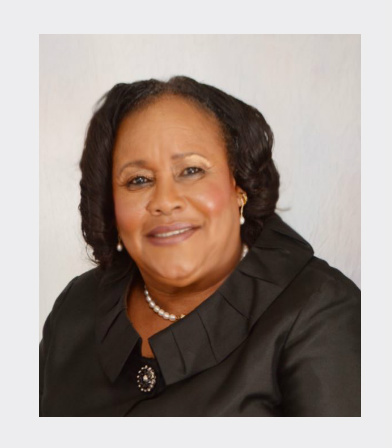 She has received numerous awards from: Delta Sigma Theta Sorority Inc.; SEDUC Award for being the first Female President of the NCTUB; The Sir Randol Fawkes Award for Courage; The Bahamas 2012 Telephone Directory Yellow Pages, “Women Worthy of Praise” 2012; R. M. Bailey High School inducted into the Hall of Fame for Humanitarian & Service: Labour; 2013; Omega Psi Phi Fraternity Award; Bahamas Olympic Committee (BOC) Women and Sports Committee, Award for the Development of Sports in The Commonwealth of The Bahamas,2013; The Nurses’ Association of the Commonwealth of The Bahamas, Zenith Award, 2014; and Celebrating Women International National Leadership Award, 2016

Senator Isaacs-Dotson currently serves as a member of the IDB CONSOC Civil Society committee, Council Member, Association Caribbean Tertiary Institutions (ACTI), and the National Congress of Trade Unions Board. In addition she has served as a member of the following, National Tripartite Council; Transition Board of Trustees at The University of The Bahamas; Bahamas Development Bank Board; TRIFOR; Council Member, College of The Bahamas; Occupational Safety and Health Council; Cleveland Eneas Board; Unity Centre of Light Board; Bahamas Volleyball Federation (BVF) and the New Providence Volleyball Association (NPVA). Senator Isaacs-Dotson has traveled extensively regionally and internationally attending numerous workshops and seminars for labour, and education. She was appointed as a Consultative Senator on Monday, May 22, 2017.

Senator Isaacs-Dotson’s is a proud mother of one son, James Clarke, daughter in law Shonel Clarke and grandmother to Jamero, Jaycob and Justice Clarke. Her hobbies are sports, meeting people, reading and traveling. Her key words are honesty, integrity, discipline and determination. She strongly believes “that it is better to have a union, than to need one and not have one.”

All session by Senator The Honorable Jennifer Isaacs-Dotson