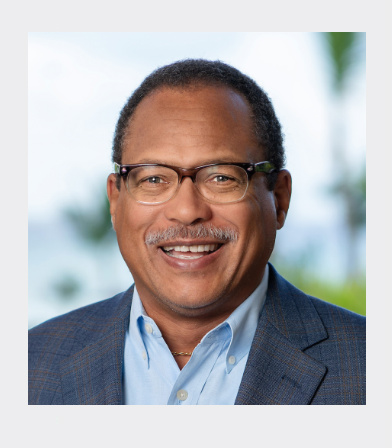 Mr. Miller, up to April 2017, was responsible for his family’s business operations in Freeport, Grand Bahama serving as CEO of Modalena Company Limited. Mr. Miller also serves as a director of FOCOL Company, which is a wholesaler of fuel and related products, and an exclusive supplier of petroleum products and operates several service stations in The Bahamas & Turks and Caicos Islands.

Mr. Miller began his career with Marriott International where he worked for 12 years, before returning to his native homeland, The Bahamas. Mr. Miller worked at One & Only Ocean Club with the Kerzner group for 10 years before he joined The Ritz-Carlton Hotel Company. Miller is currently the Chairman of The Grand Bahama Island Tourism Board. He is an active member of the Bahamas Hotel & Tourism Association and a former President of the association. He was a director of the New Orleans Tourism Council, and served as Chairman of its Marketing Task Force committee. He is a graduate of Cornell University’s School of Hotel and Restaurant Administration.

Mr. Miller is married to Linda Miller and they are the proud parents of 2 daughters, Melinda and Ashley. They have three wonderful grandchildren, Amari, Marley and Kai.

All session by Russell Miller