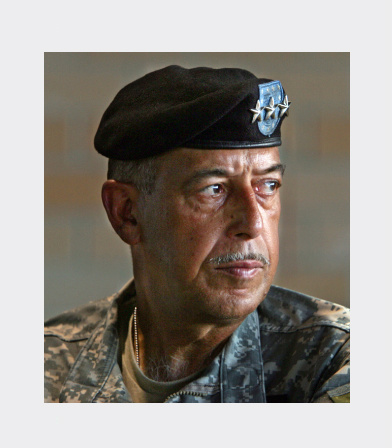 Prior to his command of Joint Task Force-Katrina – leading the Department of Defense response to Hurricanes Katrina and Rita in Alabama, Mississippi, and Louisiana – General Honoré served in a variety of command and staff positions which focused on Defense Support to Civil Authorities and Homeland Defense. As Vice Director for Operations, J-3, The Joint Staff, Washington, D.C., and, as the Commander, Standing Joint Force Headquarters-Homeland Security, United States Northern Command, General Honoré’s focus was Defense Support to Civil Authorities and Homeland Defense. For four of the past six hurricane seasons, he supported the Department of Defense planning and response for Hurricanes Floyd in 1999; Lilli and Isidore in 2002 (both hit the Gulf Coast); Isabel in 2003; and Charley, Frances, Ivan and Jeanne in 2004. General Honoré also planned and supported the United States military response to the devastating flooding which swept Venezuela 1999 and Mozambique in 2000. As Vice Director for Operations, he led the Defense Department’s planning and preparation for the anticipated Y2K Millennium anomaly. As Commander of SJFHQ-HLS under NORTHCOM direction, he planned and oversaw the military response to the Space Shuttle Columbia Tragedy and the DC Sniper Shootings. Additionally, General Honoré participated in three TOPOFF (Top Officials) exercises as well as the United Endeavor series of Homeland Defense exercises.

General Honoré retired on February 29, 2008, following 37 years of active service with the United States Army.  He continues to speak and consult nationally on Building a Culture of Preparedness.

All session by Russel L. Honoré