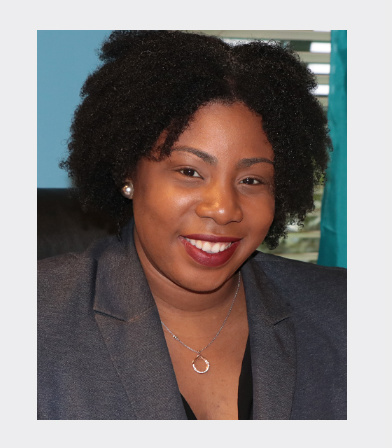 Rowena Poitier-Sutherland, spouse of Ronald Sutherland II, is a proud wife and mother of two.

Rowena is an actor, teacher, scholar, global humanitarian, Afest member and entrepreneur, having worked in Social Theatre around the world for more than 10 years. She has had a hand
in empowering children, young adults and women on both sides of the meridian on real world challenges, ranging from child sex slavery across African and American states or the
empowerment of former gang members through reconciliation and entrepreneurship in East Los Angeles’ rural areas, to remote education through the arts and media in Namibia, and other
regions.

Rowena currently serves the Bahamas Government as the youngest Director of Culture in Bahamian history at the Ministry of Youth Sports and Culture. Her primary focus for the
Bahamas and the Caribbean region, is to educate women and girls through the arts and media, while directly combating incest, domestic violence and transactional relationships with primary and high school aged girls. Issues that are currently rampant in our society, and have been for decades.

Rowena has taught more than 500 students in the Bahamas in the Performing arts to date, inclusive of BAM’s workshops. She has developed a Performing Arts curriculum that has been
employed at various institutions, from the primary school age to the Bachelors level. Most notably, Rowena contributed to the development of the Introduction to Acting course at the
University of the Bahamas, impacting many of our young future leaders, at the University level.

Rowena birthed the first Bahamian production of The Vagina monologues on its 15th anniversary, in conjunction with The Bahamas Crisis Centre to raise funds and awareness for
Child and Women’s Issues. To date she has raised more than Twenty Thousand dollars ($20.000.00) for the Bahamas Crisis Centre. Rowena continues to be a fierce advocate for women and girls globally. Rowena is the founder of the Bahamas Artist Movement (BAM).

BAM offers professional training that provides students with the skills and techniques necessary to pursue a career in acting, and the performing arts industries. Most notably, BAM is known for its Celebrity Workshops and The Dream Project which has impacted over 240 kids in both public and private schools across the Bahamas to date.

Among her accolades, Rowena has been awarded the 2018 Silicon Valley African Film Festival, Cultural Icon Award, L.A. Critics Circle Award for the Kentucky Cycle, Triangle Award for Best Actress in a Drama, nominee for the Adelphi University 2017 Ten under Ten Award and the Kennedy Center American College Theater Festival. Above it all, her greatest achievement thus far is being the mother to her two beautiful children.

All session by Rowena Poitier-Sutherland