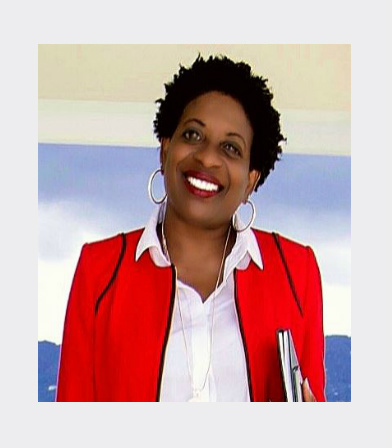 Janet Therese Silvera is an award-winning journalist who has made an indelible contribution to Jamaica’s tourist industry in the last 30 years.

Her first job was with the Jamaica Tourist Board (JTB) in 1985, where she proved she was invaluable to the organization after only six months on the job when she created history by being named ‘Hostess of the Year’.

Within two years her charisma and ability to tackle problems resulted in her promotion to airport supervisor with responsibility for some 25 staff.  She grew within the job and qualified herself in various advanced courses in tourism-related subjects in Europe and the USA.

She studied French at Foyer Guy Houist in Rennes, France, and was the official marketing officer in the JTB’s overseas relations department who dealt with French travel agents and tour operators.

Janet Silvera held the position of marketing officer at the Jamaica Tourist Board before complaining of “exhausting her stay” and finally making the decision to change her pace. In 1993 she resigned after 10 years with that institution and joined the Gleaner Company Limited.

Within months The Gleaner saw her potential as a writer after she penned her first published article ‘It’s ok to have two men’. This witty and provocative piece brought her a lot of attention, creating the catalyst for her role in media.

Janet Silvera honed her skills in Journalism and has become an integral part of The Gleaner team. She was appointed coordinator of the exciting and innovative bi-monthly tourism trade publication Hospitality Jamaica, 13 years ago, in addition to being appointed senior Gleaner writer of the newspaper.

In the last 25 years she has focused her attention on tourism and its benefits to the region.

As if this were not enough, Janet Silvera is one of the only certified event managers in Jamaica, having completed her certification at the George Washington University in Washington, D.C. Janet holds a Bachelor of Arts degree in Media and Communications at CARIMAC – University of the West Indies, Mona, Western Jamaica Campus, with First Class Honours.

She is currently chairman of the Caribbean’s largest early childhood institution, the Montego Bay Infant School and is on her second stint in this position.

Janet made history in June 2012 when she became the first Jamaican to be honoured with the Marcia Vickery-Wallace award for Travel Journalism by the Jamaica Tourist Board.

She was named the Press Association of Jamaica ‘News Journalist of the Year’ 2009, for the thought-provoking piece ‘Dad Raped Us’ and again in 2014 for her investigative pieces on the ‘Mario Deane’ death. In 2006 she was the American Express/Caribbean Hotel Association (CHA) awardee for Excellence in Tourism Reporting.

A philanthropist who sacrifices daily, her most important achievements to date has been the birth of ‘MoBay City Run’, a 10K/5K run and walk, which she founded in 2014 to raise funds for struggling tertiary level students in western Jamaica. The annual event has donated over $15 million to students in the last four years.

She is integrally involved with the UWI Western Jamaica Campus, having founded the Ambassadorial Corps……..

Silvera recently founded ‘Sarah’s Children’, an organization which aims to protect abused children and the elderly. Sarah’s Children was named in honour of her mom, Sarah Darling-Findlay.

Her latest project is the ‘Re-builders of Cornwall Regional Hospital’. This venture hopes to transform the service of healthcare in the second city for the neediest in the society.

The many acknowledgements of her outstanding service both locally and internationally, are a testament to the achievements of this giant of a woman.

Janet Silvera has indeed proven that she is more than equal to the task and will continue to bring this world, a unique creativity coupled with an apparently unlimited ability to achieve her goals.

All session by Janet Silvera