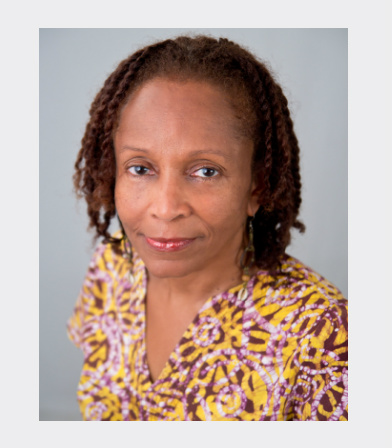 Her research interests include cultural practices and forms in the Caribbean and the process of identity formation. She has a keen interest in the resulting creolised cultural forms and practices as manifested in Caribbean festivals and the performance culture, such as Traditional Masquerade. She has published a number of articles and given several public lectures and conference papers based on her research.

Marcia is also the Coordinator of the National Project on Landships in Barbados. In October 2016, an Exhibit entitled ‘“How Stands the Weather?” Many Landships, Many Histories, Many Identities” was launched at the Barbados Museum and Historical Society, It was also exhibited at public libraries across the nation, in commemoration of the 50th anniversary of Independence. She is also co-author with Kenneth Walters of a forthcoming publication on the Barbadian diaspora entitled Collecting the Memories: Voices of the Journey: Barbados –UK Migration.

As an actor, director and producer, she has found that her work on the stage allows for another and more tangible way of negotiating the discourses of culture that she engages with on the page.  She has worked with several Barbadian and Caribbean theatre groups and conducted a number of Caribbean cultural workshops for West Indian communities in Oxford and Coventry (UK). Her work as an actor can be seen in the feature length film entitled A Handful of Dirt (2010), directed by Russell Watson and as the lead in the Commonwealth film short entitled Auntie (2012), directed by Lisa Harewood.  Auntie addresses key migration narratives, allowing for more personal access to her research and distribution of the discourse in a more popular form.

In 2013, Marcia was awarded the Barbados Service Star (BSS) by the Government of Barbados, in appreciation for her work in cultural development in Barbados.

All session by Dr. Marcia Burrowes